By the end of this course, you will be able to easily create shell scripts. You will learn to perform tedious and repetitive tasks and turn them into programs that will save you time and make your life easier on Linux, Unix or MAC systems. Here’s what you’ll get and learn by taking this Shell Scripting course:

A step-by-step process of writing shell scripts that solve real-world problems.
The # 1 thing you should do every time you create a shell script.
How to quickly find and fix the most common shell script errors.
For those of you who want to start scripting right away, watch the crash course in both video shell scripts. If you don’t do anything other than watch these two videos, you’ll be way ahead of most shell programmers.
How to accept input from a user and then make decisions about that input.
How to accept and process command line arguments.
What special variables are available, how to use them in your shell scripts, and when to do so.
A Shell Scripting Checklist – Never again will you have to guess what to include in each of your shell scripts. Just use this simple checklist.
A shell script template (boilerplate). Use this format for each of your shell scripts. It shows exactly what to include and where it all goes. Take the guesswork out!
Practice exercises with solutions so that you can start using what you learn right away.
Real examples of shell scripts from my personal collection.
A download containing the scripts used in the presentations and lessons. You will be able to watch and experience whatever you learn.
Quizzes after each section to make sure you learn the most important aspects of shell scripting.

Learn Shell programming in Linux. This course will teach you all about Bash Scripting, Bash Programming, Grep, Awk, etc. You will learn how to write your own Linux Shell scripts that carry out a wide range of automation. This Linux Shell programming tutorial will teach you how to work with output and errors. The tutorial even goes into creating functions, parsing, analyzing, and reporting. This is the best Shell scripting course in 2020.

It’s project-based, which means that instead of learning tidbits of information, you’ll write real shell scripts that you can use in real situations. You have the possibility to immediately put what you learn to use in order to understand it well and remember it. In this Linux shell scripting course, you will learn how to:

Name your shell scripts.
Use the appropriate permissions on your shell scripts.
Create and use variables in your scripts.
Use built-in shell commands and operating system commands.
Make the most of the special variables that are available to you in your scripts.
Make decisions using if statements and performing several types of tests
Check the output states of the commands and why you need them.
Use cryptographic hash functions
Create random data so you can do things like automatically generate strong passwords for user accounts.
Perform the same action or set of actions on a series of data using for loops, while loops, and infinite loops.
Control all types of entry and exit.
Accept standard input from a user as well as from another program.
Redirect standard output and standard error.
Combine standard output and standard error
Use the order pipeline
Perform text and string manipulation.
Process command line arguments
Create functions and when to do them.
Analyze, analyze and report on log files, CSV files and other data.
Write scripts that run commands on other systems.

The Bash Shell script is a very detailed approach to familiarize the student with the concept of Bash programming and prepare the student in various areas in terms of commands, analysis, debugging using live examples and practical work. These examples are downloadable.

Learn many Linux commands that can only be learned over a period of time without guidance. Combining commands and creating structural code with a conditional statement would make a shell script powerful and help the student to automate things.
Automate using a shell script
Write a complex Bash shell script
Very detailed and in-depth understanding of shell commands

How to write shell scripts like Pro, solve real problems, or automate repetitive and complex tasks. At the end of this book, you can easily create shell scripts. You will learn to take on tedious and repetitive tasks and transform them into programs that will save you time and simplify your life on Linux, Unix or Mac systems including:

Writing shell scripts is a step-by-step process that solves real-world problems.
What special variables are available, how and when to use them in your shell scripts.
Creating a Shell Script Checklist – You never have to guess what should be included in each shell script.
A shell script template. Use this format for each of your shell scripts.
Train with solutions to start using what you learn immediately.
Concrete examples of shell scripts from my personal collection.
A download that includes scripts and lessons used in the book.

Sale
Shell Scripting: Expert Recipes for Linux, Bash, and More
Check Price on Amazon
A collection of shell scripting recipes that can be used as is or easily modified for a variety of environments or situations. This book provides a host of plug and play recipes.

Sale
Linux Command Line and Shell Scripting Bible
Check Price on Amazon
Understand the shell and create shell scripts. This book is a complete guide providing detailed instructions about Shell scripting and the Linux Commandline. This is one of the best Shell scripting books for beginners.
As an Amazon Associate I earn from qualifying purchases. 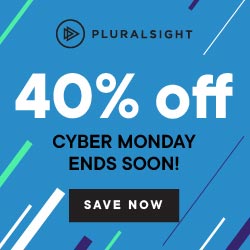 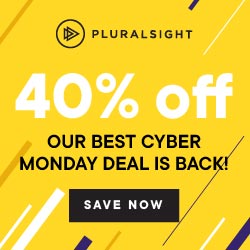